The Congress.gov team has received feedback requesting that we add content from prior congresses to the Congressional Record and public law text collections. We are pleased to announce that we have made substantial progress on this request. The Bound Congressional Record collection now goes back to the 82nd Congress (1951-1953) and the full text of public laws now dates back to the 93rd Congress (1973-1975).

This content is not only useful for those who need the full text of public laws and debates of Congress from these periods; it also allows you to pick a historic event and research the congressional reactions to it. For example, you might want to research the congressional reaction to the launch of the first satellite into space in 1957, the Soviet satellite known as Sputnik. 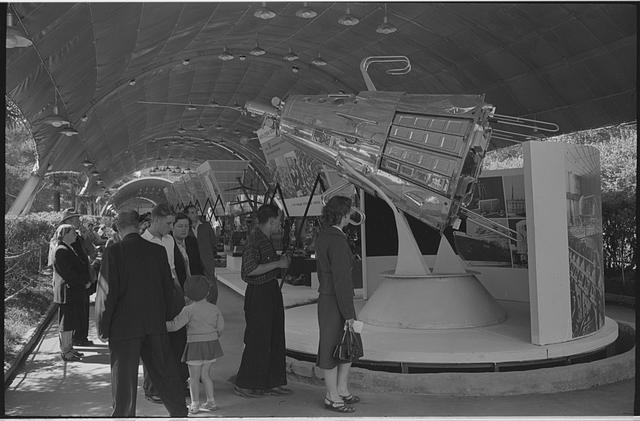 Below, you will find an excerpt of one reaction from the Extension of Remarks section of the Congressional Record. On January 8, 1958, Rep. Tuck entered Senator Byrd’s December 5, 1957, speech to the National Association of Manufacturers at the Waldorf-Astoria Hotel into the Extension of Remarks. Senator Byrd’s speech addressed Sputnik and his opinion on its implications for the United States. You can research other reactions by members of Congress by exploring these search results. 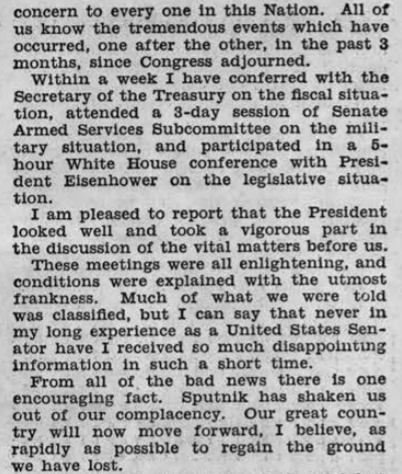 An excerpt from a speech by Senator Byrd in reaction to the Soviet Union’s launch of the satellite Sputnik. This speech was entered into the Congressional Record’s Extension of Remarks section by Representative Tuck. 104 Cong. Rec. 1958.

Have you explored the historical collections on Congress.gov? Let us know what you have found in the comments.

USCongress.News is NOT a US Government affiliated or sponsored website.

We have created this site to aggregate news, via RSS feeds, provided by Congress, Representatives or Senators.